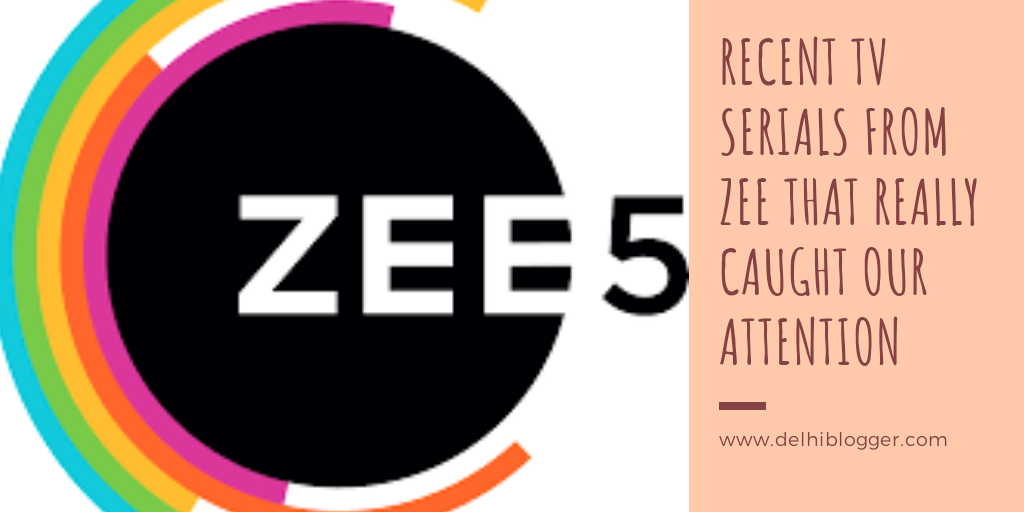 ZEE5 is a video on demand platform run by Zee Entertainment Enterprise Limited. Launched on February 14 2018,  ZEE5 has grown to become my most preferred online streaming platform. I simply love it as it gives me the choice to enjoy my favourite serials on the go. In terms of choice too, ZEE5 has some of ZEE network’s best tv serials online. Not revolving around the typical saas-bahu drama, the shows on ZEE5 has a positive message behind its entertaining stories. So, while we are at the topic, let’s have a look at the serials that I enjoy watching on ZEE5: The story is a light-hearted one and revolves around Guddan who is a 20-year-old girl who has fumbled all her life and her family always discouraged her.  The twist in the tale comes when she ends up becoming a mother in law to three older daughters-in-law. How she faces the challenges of dealing with her troubling daughter in laws forms the focus of the TV serial.  Guddan is seen as a strong lady who has no one to motivate her but she motivates herself and proves that you if one desire something, then you can cross all the hurdles of life and break myths around self-doubt or capability.

This serial has a beautiful plot which revolves around a guardian and a girl where the latter hates the former and the guardian tries her best to win the heart of the girl. A story of selfless love, the TV serial beautifully shows how relationships connected by emotions cannot be defined by words. When Anupriya loses her mother in an accident and her father is put in jail, and Kalyani becomes her guardian. Anupriya hates Kalyani and thinks to be her father’s mistress. The story is interesting, as the real identity of Kalyani is not revealed. The serial celebrates unconventional relations and this is something to which all can relate. Focusing on a witch known as Manmohini, the serial follows the fight to reclaim her long lost love Ram, whom she waited for 500 years. With a strong supernatural backdrop, I loved the visuals and plot of the serial and particularly like the fast-paced story that keeps things interesting for viewers. The serial narrates the unconventional story of a young boy 20 years old falling in love with a 40 years old lady. Quite a progressive TV show, it showcases how love knows no age bar.  This sets it apart from most romantic TV serials in recent times. The serial also shows the suffering of a single mother who has to manage everything despite issues created by people known to her.

Times have changed ones when the serials showed the women as meek and weak who need men to support them. The serials from the ZEE network enrich and motivate you with inspirational stories of today’s woman who take on the world with confidence. So, if this article has got you interested in any of these TV serials, I would suggest you log in to ZEE5 right away and binge-watch your preferred TV serials.

ABOUT THE AUTHOR: Preeti Tiwari
PREVIOUS POSTS Personal Injury: Risk and Factor along with associated Compensation that you need to know
NEXT POSTS Work From Home-Business Ideas For Women

Churails Review- A show on women vigilance that needs respect

ZEE5 Bebaakee: love triangle to cast spell on you with passion and compassion