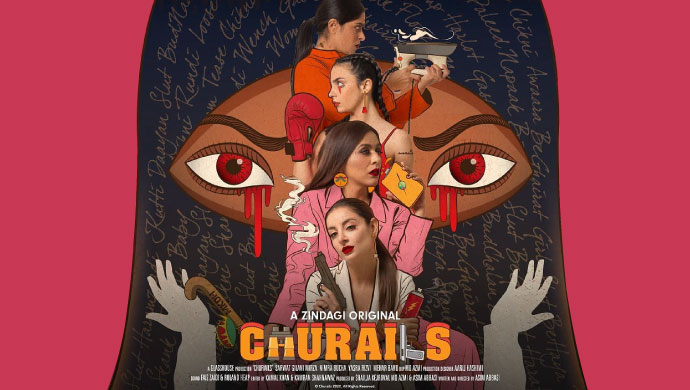 ZEE5.com brings yet another captivating show from the other side of border. As always the show Churails is different and is based on an idea that is entirely out of the box. The show on ZEE5 are entertaining and league apart but have a message ad this enriches the viewers. The show has ben created by Asim Abbasi and is about a group of women who come together to revenge from the abusive men.

Witch hunting is the dark side of the society and despite of all education and progress that we have made we are still facing the issue. Till date many women are being killed or burned if there is slightest doubt of them being a witch. Witch or churails is show on ZEE5 and want to take back the c-word from the society.

The story is about four women who have claimed themselves to be churail and thus the name “main churail hoon”. The women wear hijabs to revenge the male species who have endured cruelty and abuse on the women. 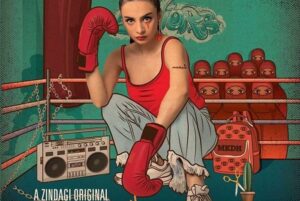 The four women come from different walks of life but have only the motive to hand out retribution to the male of the species. One of the lady is a wealthy lawyer, the other is unemployed wedding planner, another is a boxer but from a poor family, and lastly is a prisoner who had spend decades in jail for murdering her own husband. In the wake of a retail boutique they create an army of women to teach lesson to abusive men. Coming from Pakistan the story about women empowerment surely need to be celebrated.

The characters are interesting and help you feel the pain while going through the abuse and a sense of pride and satisfaction when the justice is delivered. The show has amazing ladies with characters that will surely inspire you.

The stories of oppression, deviance, filtering, and much more is told by Abbasi in the most interesting and exciting way. Sara the lawyer is epitome of style and to be the trophy wife practices law and often says “main hoon na” in the most sarcastic and hilarious way. Played by Sarwat Gilani Mirza who is the conflicted leader of the group. She asks her kids not to eat chocolates but herself has the treat. Jughnu is the wedding planner and has the amazing slang language and has a very detached air to herself. Then comes Batool who is called Badi Amma is a strong lady with very traumatic past and has high temperature all the time.

Zubeida played by Meher Bano is a boxer who is tough yet sweet and cannot fight the authority for her rights.

The four ladies are different but then are on the same mission and start training women to support the cause. The retail boutique that they start is called Halal Designs but there is nothing lawful here. However, the ladies take law in their hands to fight injustice ands get justice for the oppressed ladies.